Chinese immigration to Africa: an essay 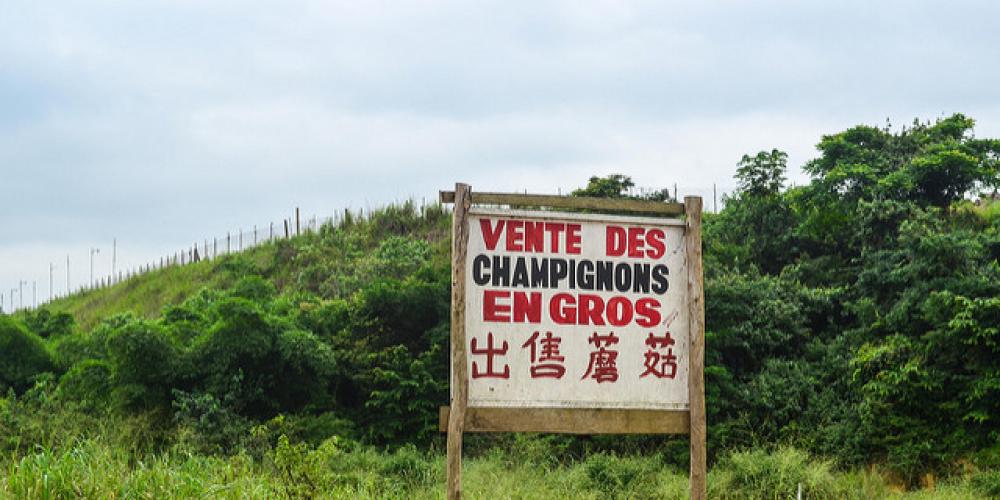 Due to the incredibly fast and successful development of the Sino-African relations, the number of Chinese immigrants in Africa has increased dramatically. The Annual Report on Overseas Chinese Study published by the Social Sciences Academic Press, showed that in 1996, the African continent only had 16000 Chinese immigrants, whilst in 2012, the report showed there were over 1.1 million Chinese immigrants, 90% of which had arrived after 1970. This one million Chinese are spread over 54 countries, and these large numbers of Chinese migrants have followed the similar amounts of Chinese goods and capital to Africa. They include both educated and uneducated, professionals and farmers, rural and urban citizens. Initially, it was mainly men that were migrating to Africa, and although they still make up the majority of the migrants, the number of single women and families that are migrating is increasing.

The first ever Chinese citizens to migrate to Africa were laborers working for Chinese retail or catering companies, however more and more Chinese intellectuals and skilled professionals are moving to Africa. Most of these immigrants saw Africa as a place full of employment and economic opportunities, especially because the continent is a huge market available for a great variety of goods. They also find more opportunities for personal growth, where they can learn about a new culture and try to become part of a different society. Most of these immigrants are trying to save large amounts of money in a short period of time, so that they can then retire and move back to China or other developed countries. For over 10 years, the Chinese government has been investing considerably in Africa. The partnership between the two started in 1996, when Chinese President Jiang Zemin suggested the development of the Forum on China-Africa Cooperation (FOCAC) during a speech at the Organization of African Unity head-quarters in Addis Ababa. In 2000, the first successful convention of the FOCAC occurred in Beijing, gathering leaders from 44 African countries.

These Chinese traders and laborers are hired by Chinese state-owned enterprises and independent companies, but there is a small percentage that migrate independently and choose to start their own businesses. Some consider the Chinese population in Africa as a threat to their economy, as Chinese companies have been accused of only hiring Chinese workers and these workers have taken up jobs in low-skilled fields that are normally given to the locals. To tackle this problem, both the Chinese and African government are creating policies and try to make sure that Chinese companies are hiring local workers. Some countries, such as Zambia, have specific immigration policies aimed to preserve the job opportunities for the locals whilst admitting highly educated and skilled professionals into the country, to cope with the lack of certain skills of the local population.

Despite the rapid development of Sino-African relations and the development of the African economy, this development has recently started to slow down. While China continued to develop rapidly, Africa fell behind. In 2016, the growth of the African economy was only of 1.5%, which is the slowest it has been in the past 20 years. This decline in the development has caused the number of Chinese migrants to decline as well and, added to the deterioration of the commodities cycle, has made it untenable for the Chinese population to continue their business and it is causing many to move back to China. The increase in number of Chinese returning to China because of unsustainable work conditions, means that the Chinese population in Africa is declining mirroring the decrease in trade and investments between these two countries. Moreover, the rising wages in China for low skilled workers, is another incentive for them to return to their homeland. However, there are exceptions: in Ethiopia and Kenya the number of Chinese migrants is increasing. The African relations expert at Peking University, Liu Haifang, said: “There is a new direction. Those heading to Africa will no longer be traders and laborers, they will be in business services heading to countries that have closer industrial co-operation with China.”

Finally, it is incredibly difficult to find accurate and reliable data on Chinese migrants in Africa. Accurate migration data in general can be elusive, but in countries that lack the infrastructure to generate any reliable statistics, such as many countries in Africa, it is even harder to obtain this type of important information. For example, in Zambia, the estimate of the Chinese presence was of 80,000. Recent data obtained by the Zambian Deputy Minister of Home Affairs’ suggests that the actual number of Chinese nationals present in Zambia are roughly 20,000. This enormous discrepancy between figures is extremely important, as these inaccurate numbers of Chinese nationals has led to xenophobic election rhetoric and occasional outbreaks of violence and protests.

In conclusion, despite the increasingly growing anti-immigration movements in a lot of Western countries, the majority of the literature relevant to migration points out that migration greatly contributes to the economic and social development of a country and that it is essential for rapid and sustained growth and development, as migrants support local economies, create more job opportunities and expand the tax base.

The author's concepts and ideas promoted in this contribution are his own and do not necessarily reflect the view of the CSA.