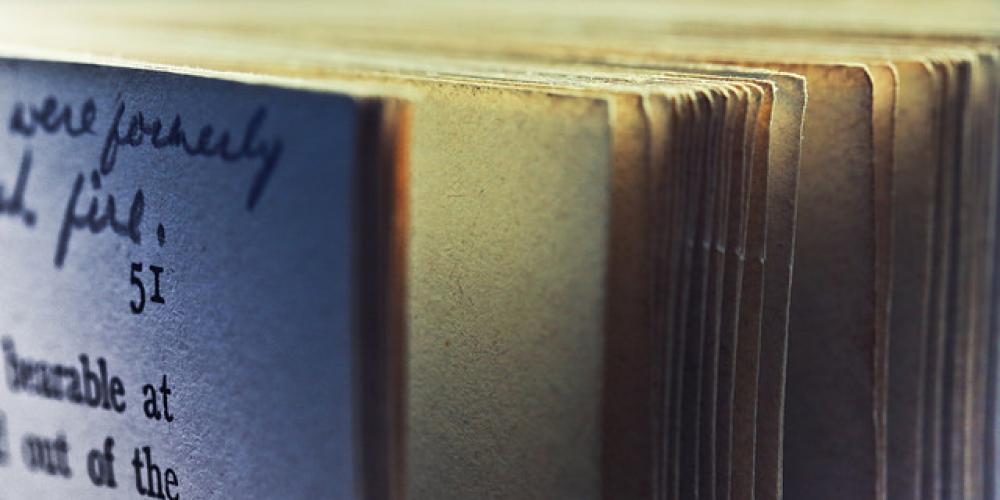 The notion of Culture and identity from the perspective of a second generation immigrant can be a confusing one. Growing up in a Nigerian household with parents who proudly held onto their cultural roots in the form of language, food and leisure, whilst going to a school in a predominately British area, was a recipe for an early identity crisis. To make matters worse, regular trips to Nigeria in the summer holidays meant that my accent, education and manners where under constant scrutiny, due to the fact they were so different from my Nigerian counterparts, which further cemented my identity crisis. I was too British to be considered Nigerian, and too Nigerian to be considered British, I was in a culturally state-less.

Sadly, this feeling of cultural statelessness isn’t exclusive to me, and is felt by many second generation immigrants in Britain and all across Europe in varying degrees and at various times in one’s lifetime. One solution to the problem is to culturally assimilate to one’s host countries culture, to adopt a ‘monkey see monkey’ do mentality. This method is tried and tested by me personally, as I did attempt to culturally assimilate in my teens. It’s also a method advocated for by host country populations: far right wing parties in Britain are often quoted as saying immigrants should learn our language, or that immigrants stick to tight enclaves and don’t integrate socially.

This essay addresses the perils of the second generation immigrant in Europe in the context of social integration. I will be using “Heart of Darkness” by Joseph Conrad in the attempt to depict my own personal thoughts and feeling on the subject matter, lastly I hope to offer a solution to the problem other than cultural assimilation.

At this point I call upon a fictional character of Mr Kurtz in Conrad’s Heart of Darkness as an exaggerated example of cultural assimilation. As Conrad’s Heart of Darkness explores a variety of themes such as race, colonialism and the brutish nature of man, one often overlooked theme is that of identity. Conrad uses the character of Mr Kurtz to highlight the blurred lines of the notion of identity and culture that often occurs when populations move from one country to another. Whether that be modern day immigration or colonial invasion. The reason the example of Mr Kurtz is an interesting one is due in part to the fact it is the opposite of modern cultural assimilation models as Mr Kurtz, a European, assimilates the culture of African community: it is both rare and refreshing to see this kind of model of cultural assimilation.

Kurtz, a Belgian ivory trader sent into the Congolese jungle to collect ivory, starts his Journey as a civilised European who ends up assimilating to the culture of the natives to the extent that he is seen as a demigod amongst natives. In the novella, he is presented as a legend amongst Europeans in the Congo and fellow protagonist Marlow’s obsession as he travels on a steamboat across the Jungle. Crewmen describe the ‘wilderness’ that ‘ had found him out early, and had taken on him a terrible vengeance for the fantastic invasion’(Conrad 1899: 57): the wildness that had engulfed him was that of the Congolese culture of the natives , and it had done so with immense strength to the extent that ‘he got the tribe to fellow him’( Conrad 1899: 101).

He is also described to be a fiercely ambitious man that will do anything to obtain ivory, even becoming one of the natives as an attempt to obtain their ivory. Furthermore, in this example Mr Kurtz assimilates as a means to an end, and for the wrong reasons, however, he does so naturally but immersing himself in the village life of the natives and letting go of his civilised European background norms and values that come with that and adopting completely the Congolese way of life. The Kurtz model of assimilation is harsh, as it suggests for full integration to occur one must completely disregard one’s culture for another as Kurtz does in the novella.

The idea that abandoning one’s home countries cultural and social norms as a way of leading to a smoother and simpler cultural assimilation is a very easy and convenient method. Sadly, it’s far too simplistic and it has been the backdrop for the argument of far right political parties all across Europe when it comes to immigration. Asking someone to do so would be a form of cultural hegemony, as it would be saying that European culture should not be tarnished or stained with that of other culture’s and should remain pure.

Fortunately mass migration and globalisation has lead to the merging of cultures together, and has allowed for more complex and sympathetic avenues of cultural and social integration that were previously not available to migrant communities, making the superimposition of European culture onto migrant culture not the only option. Migrant communities are more able to hold onto their home countries cultures whilst living and integrating in host countries, host countries have come a long way with regard to tolerance and in the vast majority of cases migrant communities are able to live in harmony with their European neighbours.

One cultural norm that migrant communities tend to hold onto is that of religion: most African migrants coming into Europe are either strong Muslims or strong Christians and look to the church or mosque as their main source of a social life, comfort and sometimes finance. This means that they often feel content and that they don’t have to try and seek other forms of the afore mentioned. This phenomenon is a double edge sword because it leads to social isolation as host countries can often perceive this behaviour as exclusive and see these communities and building strong enclaves in their countries. Leading to animosity between migrant groups, all due to lack of communication. The topic of religion is delicate in nature due to the fact you can’t assimilate faith easily as it almost becomes innate within a human being, but religion and religious institutions are often an inhibitor of a smoother social integration.

All this being said, it seems like some sort of cultural assimilation is required for good social integration of migrant communities abroad. This is true to some extent but I would advocate that there is another more just method that allows for mutual gain for both host countries and migrant communities. I advocate for a cultural exchange method to take place where there is a merging of cultures of both host countries and foreign cultures to make one shared set of norms and ideas. An excellent model of this would be American: historically America has been inhabited by immigrants and subject to huge influxes of immigration. Typically when communities have entered America there has been a cultural exchange between different migrant communities across Europe and the far east coming together and merging cultures to make one homogenous American culture.

This sentiment can be conceptualized in ‘The American Dream’ a concept that dictates that hard work will pay off and your live will be fruitful, and is a social norm is open to all men. It’s also important to note that there are historic instances of injustices in the American legal framework which hinder social cohesion, notably segregation: however, ‘The American Dream’ as a concept is what I’ll be focusing on. Moreover, generally prior to Donald Trump’s presidency there has been a certain degree of openness in American culture making it approachable to everyone living within the United States and even abroad, due to the proliferation of American culture in the form of food, entertainment and language. More and more people subscribe to the American way of life, and see at as coherent with their culture, making social integration of migrant communities easier. The American method of social integration is an improvement from cultural assimilation for a variety of reasons, notably due to the fact that it’s an exchange and not a superimposition, meaning that there’s a certain degree of respect, as one party doesn’t assume a position cultural hegemony on the other. Furthermore, both parties can benefit from an exchange in culture, this also works for deeply religious communities also as exemplified in the American model people of different religious backgrounds such as Jews, Christians and to some extent Muslims all co-habited and shared ideas and norms in thriving New York City in the late 19th century, leaving their respective cultural impact allowing for excellent social cohesion.

In conclusion social integration in Europe is a relatively modern social problem as mass migration into Europe is something that has only been happening for a few generations. Those amongst the second generation of immigrants are dealing with the afore phenomenon of cultural state-less and are pressed with the decision to culturally assimilate like Mr Kurtz in Conrad’s Heart of Darkness or not as a means of cultural integration. I personally advocate for a balance a for host countries to open to migrant communities belief’s, norms and ideas for the simple fact that they also stand to gain from an exchange in culture as well as the fact it makes migrant communities felt listened to and more welcome and as a return of this gesture migrant communities will be more open to host countries cultures. Lastly It’s important to honour and celebrate your roots and should never fell pressures to forgo your roots as a means to fit in, you should celebrate your difference and wear it with pride and try to educate those who seek to shame you for something you cannot control.